The Book of Palestine 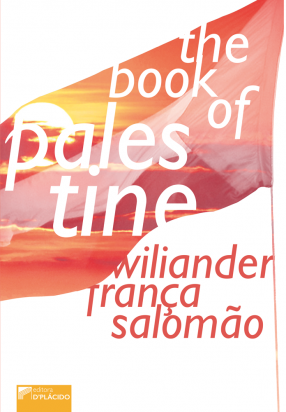 When Yasser Arafat first went to speak at the United Nations General Assemby, he said that he came “bearing an olive branch in one hand and a freedom fighter´s gun in the other”, and concluded: “don´t let the olive branch fall from my hand”.
During the last decades, the olive branch lived together with the gun, at the same time. Sometimes the olive branch fell on the ground, sometimes does not.
In many situations d in this book, and especially since Oslo Accords and the Resolution 67/2012, the palestinians are seeing that olive became a tree.
This book is dedicated to peace, not war.
There is one point that has to be acknowleged: in the Palestinian conflict there are no heroes or villains. For that sense, this book sought to demonstrate that these and other realities are part of the Palestinian-Israeli Conflict that originated during the British Mandate for territorial issues, based on historical and religious rights.
We analyzed a collection of facts that affected all parties in the adoption of an impartial position on the theme adopted. The history of the conflicts was softened when the Oslo Accords created an autonomous Palestinian government in the West Bank and Gaza Strip the lives of millions of Palestinians became ruled by a self-government on the most different subjects as tourism, education, culture and others.
It will be studied the all the modern history of Palestinian people on their struggle to have their State, since before the World War I untill the United Nations later resolutions.
For that matter, the two-State Solution was first considered during the British Mandate under the Peel Commission Report, stating that a single government in Palaestina would not be accepted by Arab and Jewish leaderships, so dividing the territory in two States would offer a chance for peace, according to self-determination.
The explanation is decisive since International Law recognized the right of existence by historical connections of Jews and Arabs with Palaestina, after concluding several international documents, since the correspondence between Hussein and McMahon in 1915 untill the admition of Palestine as an Observer State to the United Nations in 2012.
There is no doubt that during the past years, the Arab World started to recognize the two-State Formula to end decades of conflicts.
The State of Palestine is alive!
In war there are no winners.
Peace is waiting.